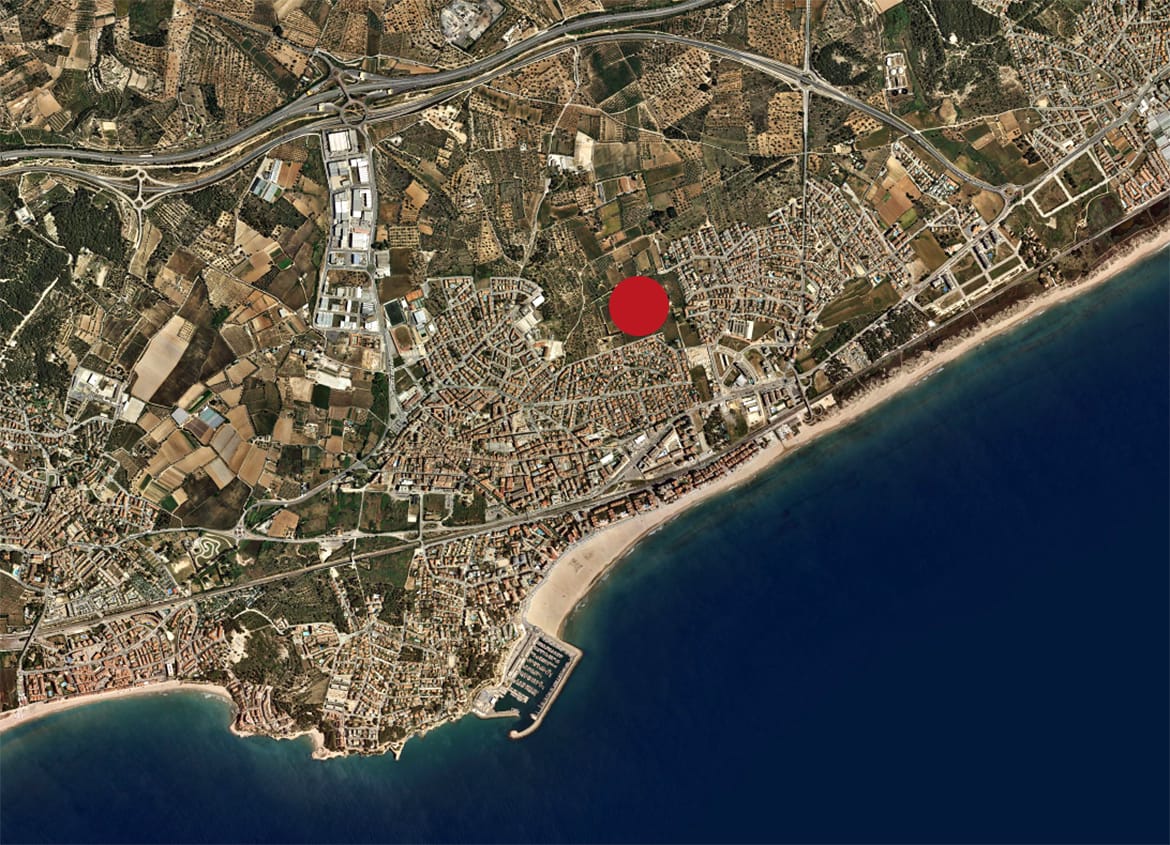 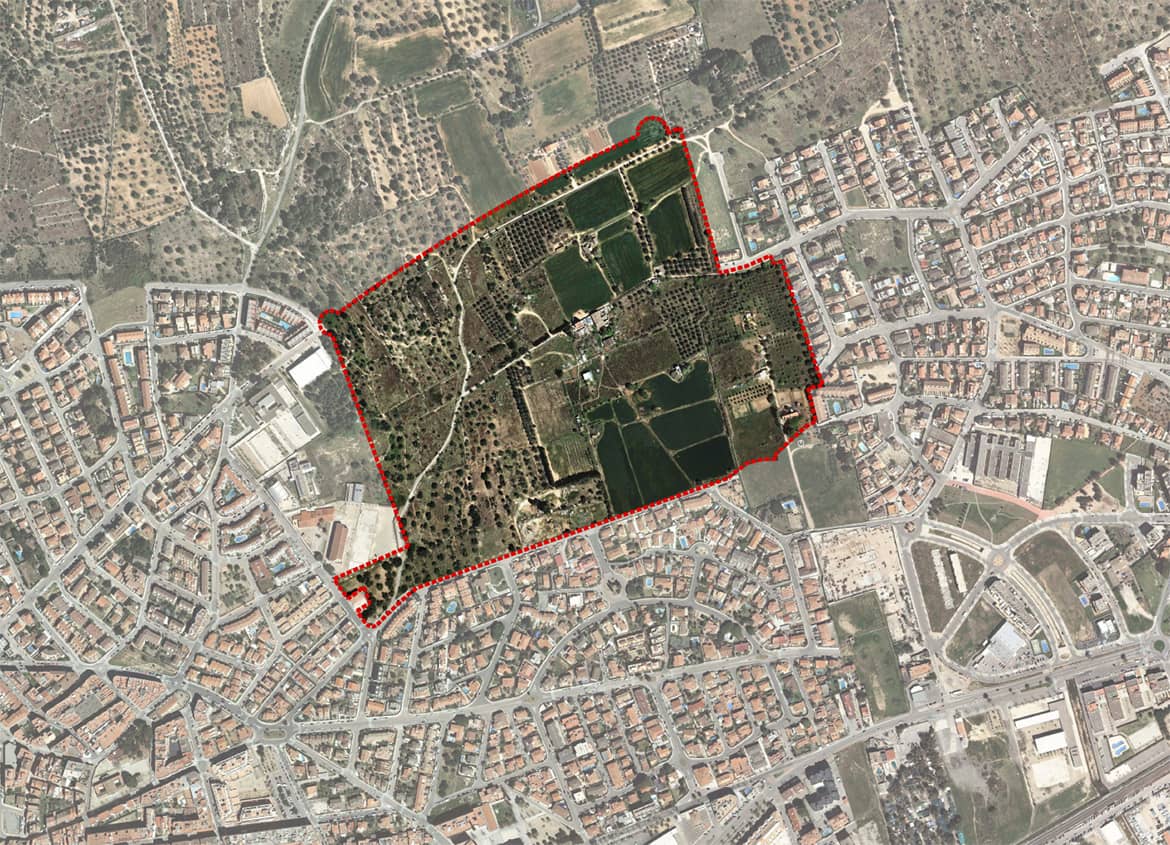 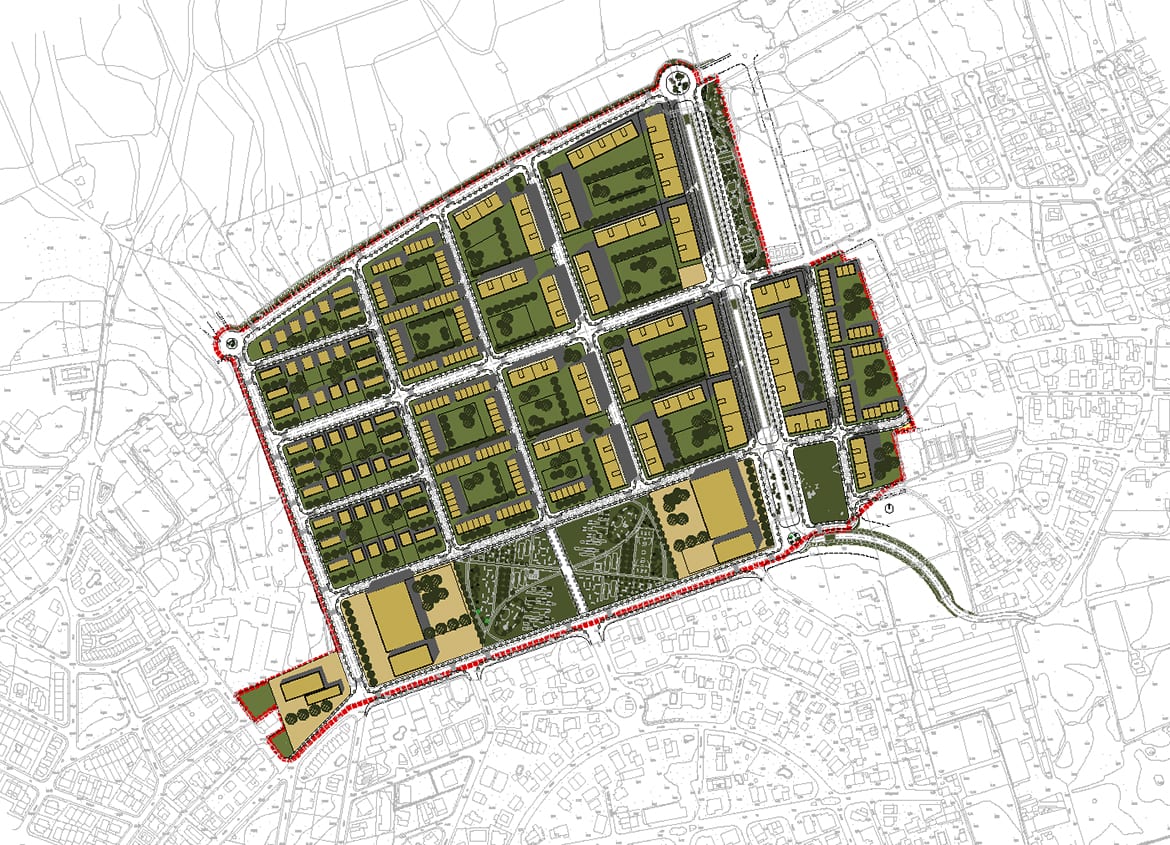 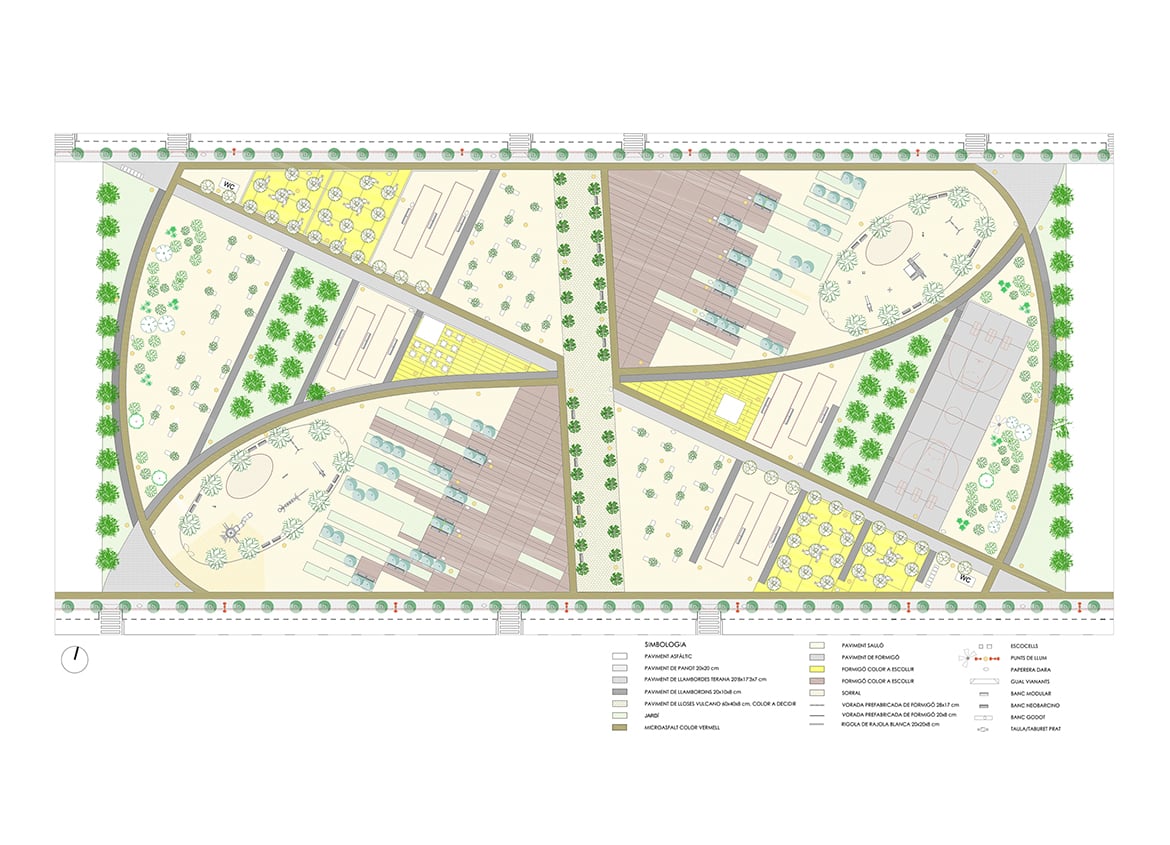 The structure of the layout consists of the design of a large block of public land located to the south of the sector, and to the north of the neighbourhood of Babylon. This space is destined to be a green zone with public facilities, as defined in the General Plan.

On top of this great block, all the private land is laid out according to the orientation road that the General Plan prefigures. The built blocks are consolidated with building typologies of the single-family and multi-family type. The buildings in the eastern part of the sector, intend to connect with the current consolidated urban land, following the same typology of single-family homes.

The north-south axis or rambla, due to its dimensions, proposes a structure of a block-aligned block layout, forming and enhancing the classical structure of rambla with commercial activities.